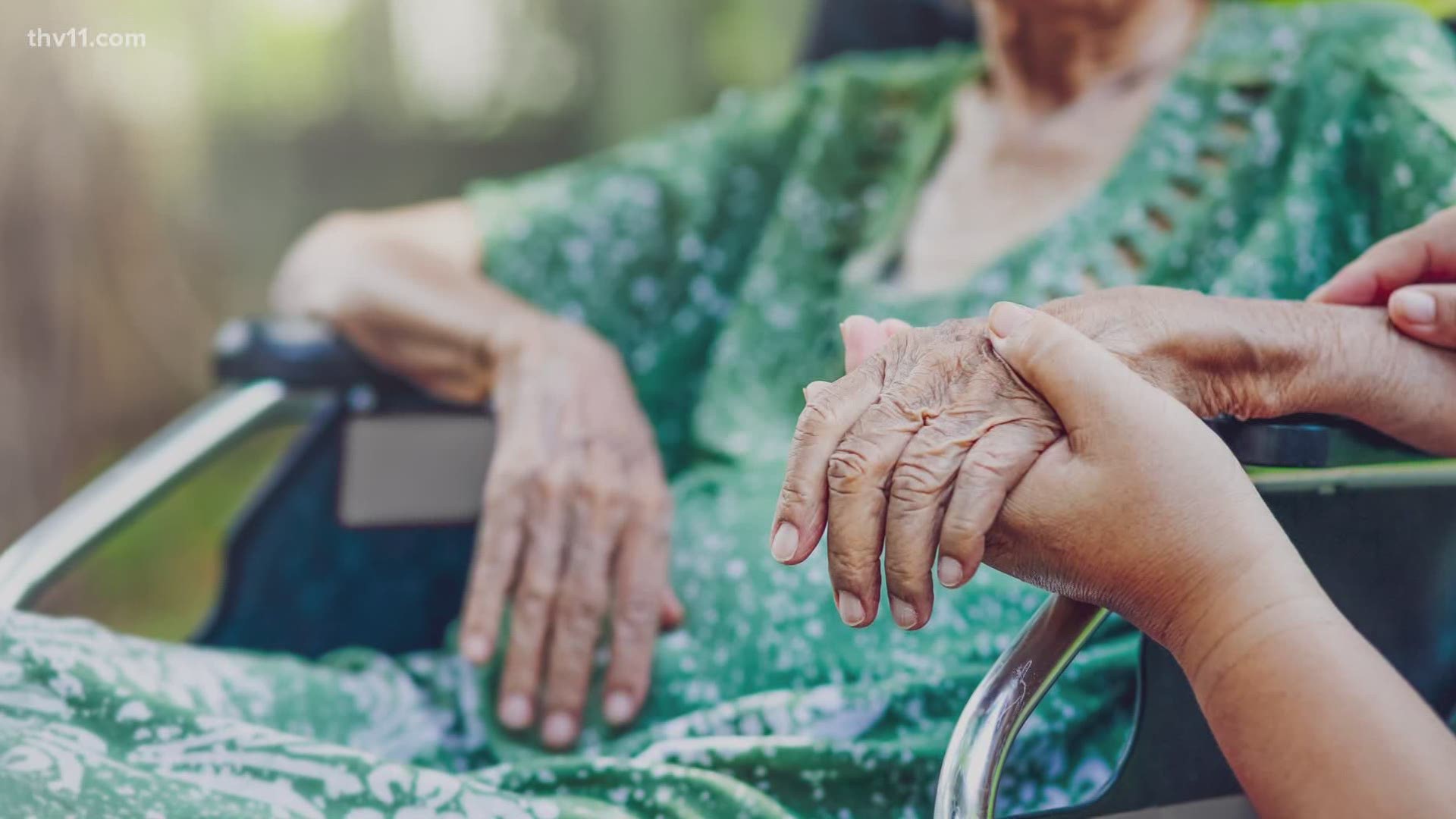 ARKANSAS, USA — From the very start of the pandemic, our elderly loved ones have been the most at-risk and nursing homes needed to be protected at all costs.

With hundreds of long-term care facilities cleared to open to limited visitation Wednesday, a cautious risk-benefit analysis is going on because of one hidden cost.

Analysis indicates thousands of Alzheimer and dementia patients lost their lives when the outbreak severed contact with families and caregivers.

Stopping that trend is one positive as advocates still want everyone to be very cautious.

“We recognize the hardships that families and caregivers have experienced because of the lack of visitation,” said David Cook, the public policy manager for the Arkansas chapter of the Alzheimer’s Association.

Those hardships have been visibly expressed in heartbreaking window visits these last three months, but with the majority of long-term care patients afflicted with some form of dementia, that isolation has medical consequences.

“Isolation and limit of support can lead to depression, which will influence the way a person with Alzheimer’s/dementia eats and drinks because they don’t have the verbal cues that they once were getting,” Cook said.

The Wall Street Journal analyzed CDC data and said that COVID-caused disruptions may have led to 15,000 patients dying this spring. The “excess deaths” aren’t directly caused by the disease caused by the coronavirus, but came when necessary steady routines led to falls or weakening of already fragile immune systems.

But the research and advocates like Cook point out there are also many other factors at play, and Cook’s organization is warning caregivers not to rush back inside.

“Alzheimer’s patients often have co-existing chronic conditions, whether it be a heart issue or maybe a respiratory issue,” Cook said. “We have increased concerns that the state’s not ready for [reopening] because we don’t believe that the adequate testing is in place.”

Tuesday’s report from the Arkansas Dept. of Health says there have been a total of 736 nursing home residents testing positive with 101 deaths since March. The July 1 reopening date comes amid two weeks of record numbers of positive cases in the community.

“We know COVID-19 is not born inside long-term care facilities. It’s often brought in from outside,” said Cook, who said the chapter has provided a list of guidelines that Governor Asa Hutchinson and public health officials are implementing.

Cook’s organization had reservations about how often staff will be tested after an initial push to screen every nursing home staffer and patient ahead of Wednesday. The governor announced a last-minute guideline that will actually keep more than 50 facilities closed to visitors.

“This new CDC guidelines provides that to reopen a nursing home, there should be 28 days without a positive case,” the governor said at his Tuesday briefing.

Rachel Bunch, the executive director of the Arkansas Health Care Association, said her organization noted the change in federal guidance last week. She said the 28-day buffer disappointed some facilities that had been working toward allowing increased visitation, but that, for the most part, the federal guidelines mirror what they have been planning.

As far as what caregivers and family members should do as they share that life-giving contact again, Cook said try to arrange for visits outdoors and the remember the familiar refrain.

“Handwashing, making sure that when they go out in public and other communal settings they continue to wear a mask and practice social distancing guidelines,” he said.