The Loneliest Room, for My Sister in a Nursing Home 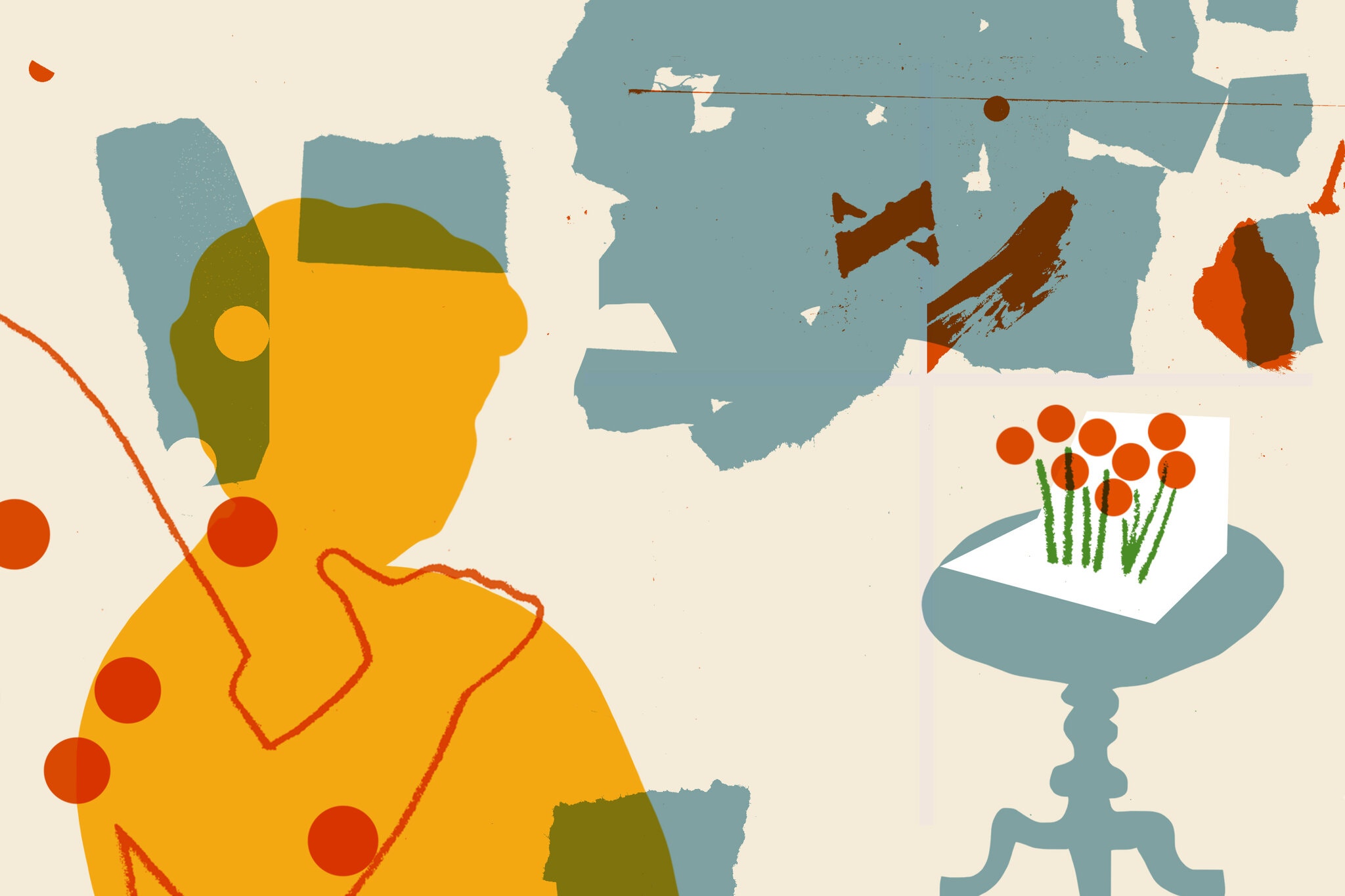 When I saw my sister Peggy in her nursing home last June, she was sitting up in bed, leaning forward slightly and staring into the corner of her room. She was 67, and did not know who I was. It had been five months since my last trip to see her. That time, she was in a hospital psychiatric unit being re-evaluated for treatment for both bipolar disorder and Alzheimer’s disease. It had taken her a moment to recognize me then, but once she did she hugged me and kept up a stream of chatter as we walked laps around the floor.

But by our June visit, the only evidence that there was anything going on in her mind was the constant motion of her hands, drifting up from her lap to touch her face and then fluttering down again, like fledglings not quite able to fly.

I had been given special permission to see her because she had just suffered a pulmonary embolism and her hospice workers believed she was weeks, if not days, away from death. I flew from Milwaukee to Austin, and my other sister picked me up and drove me straight to the nursing home, where Peggy was recovering, having fought her way back to life, such as it was.

I rolled her wheelchair next to her bed and sat in it, quiet and still, hoping that she could feel my presence and that it was familiar and comforting to her. I held her hand. Taking deep breaths, I summoned all of my love for her. I tried to bring into the room every moment of the life we have shared as sisters. I felt my lungs expand and release what felt like a greedy abundance of good health, and I gave it to Peggy. Here is my health, here is my love, I prayed. Take it. I have too much.

While the nursing assistants came to change Peggy’s bedding, I talked to her treatment nurse in the hallway. When Peggy had arrived at this facility about two weeks earlier, she had bedsores on her heels and on her lower back. In Peggy’s room, her nurse changed her bandages, pointing out the wounds on her heels, which did not look too bad, but on her back, just above her tailbone, was a dinner-plate-size sore, yellowish and raw. “That has gotten so much better,” the nurse said, her finger air-tracing a circle that was about a third larger than the one I could see.

Both bedsores and pulmonary embolisms can be caused by lying in the same position for too long. No one accused her previous nursing home of neglect, but they made it clear that when she arrived, the sores were already there. They had developed over the first four months of the Covid shutdown when my sister, her primary advocate, was not allowed to visit.

Her bandages changed and her sheets fresh, Peggy was turned on her side. Her eyes were calm and as she drifted off to sleep, I could see that she knew who I was.

While she slept, I explored her room to see what remnants of her curious and acquisitive life had persisted into that institutional space. Her photo album was sticky, its pages crackling with age. I knew many of those photos. There she was as a bridesmaid, tall and deeply tanned, her blue eyes bright, holding the hand of our father, who did not live very long after that picture was taken. There were photos of us as the five sisters we once were, and one of Peggy, 10 years older than me, standing in as surrogate mother at my high school graduation. There was a photo of the boyfriend who followed her to the ends of the earth but to whom she was not able to commit. There are photos from our house in New Jersey, of nieces and nephews, leafy patios and swimming pools, and Peggy on her skis.

They were from a life that none of us live anymore and they ended around 2005, when my mother sold her house and moved into assisted living, leaving Peggy, for the first time in her life, without a place to land. Her bipolar disease, which she struggled to manage, began to eat away at the life she’d built for herself before Alzheimer’s came to finish the job.

In the last hour of my visit on that June day, Peggy woke from her nap and wanted to talk. I held her hand and she stared at it as if it was not attached to her body, as if I had brought some strange little animal to her bed and was showing it to her. She mumbled phrases, the beginnings of sentences, and I offered endings. She watched me fish for meaning and then sighed, resigned but not unhappy, and we tried again. In this way we chatted like sisters until it was time for me to go.

This touch, the connection to family members, is crucial to the health of Alzheimer’s patients. Before my visit, it had been four months since anyone was able to visit Peggy. After this visit, it would be another four months before the nursing home eased its Covid-related restrictions and my sister was allowed to visit again. During that time, we called her, but she was losing her ability to speak. I sent pop-up greeting cards in the hopes that they would interest her.

Without anyone there to bring her back to this moment in time, Peggy has begun to fade. We were once five sisters. We are already down to four, and when Peggy goes, if she is next, we will be just three. With the loss of each sister go her special memories of us and ours of her. Our life together as sisters, as children of our parents, is known by fewer people and when they are gone, we are no longer completely knowable. When I lose the person who can help me burnish the memories of our lives together, I begin to lose those memories myself. The mirror of my past grows dark.

When the Covid restrictions were lifted, Peggy got a roommate — a former Head Start teacher who has been teaching Peggy to say thank you to her caregivers instead of yelling at them and calling them names.

And then recently, just days after Peggy got the first of her Covid vaccines, she, like many people with dementia, tested positive for the virus. She did not have symptoms, but she was moved to isolation, again alone without the familiar voice of her roommate or the touch of my sister that were both vital to keeping her connected to this world.

We were lucky that Peggy got the vaccine before she got infected. Her life may have been saved. But what the pandemic has taken from me and my sisters is our precious time together, time in which we could still share our lives, time in which we could continue as sisters, time to surround the sister we are losing with our love so that she does not have to face death alone.

Without us to remind Peggy of who she is, she has slipped away from us. The millions of moments that connected us to each other recede into a fog of time, their edges blurring together and disappearing like shadows in a darkening room. Without us there to say her name, to touch her hand, she is in that room alone.

Susan Nusser is an author and freelance writer who lives in Milwaukee where she teaches writing at a technical college.