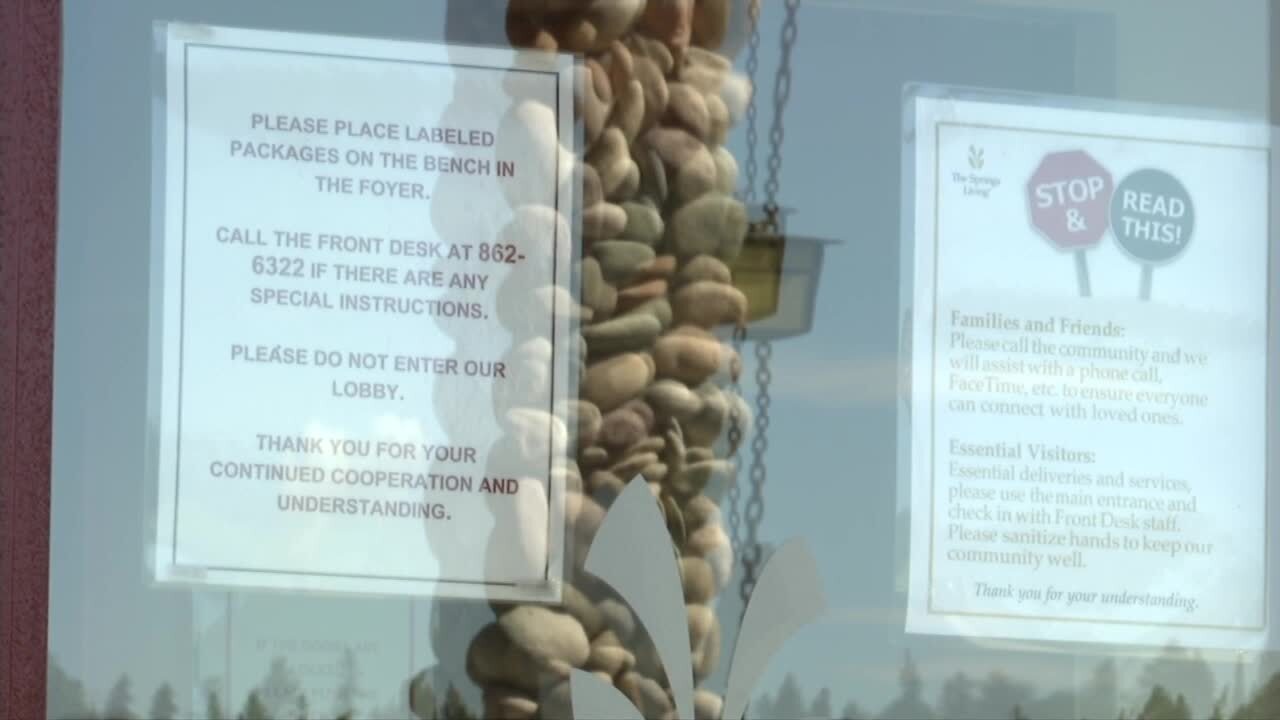 GREAT FALLS — Earlier this week, Governor Steve Bullock announced that safe visitation in nursing homes and assisted living facilities would be allowed to resume, given those facilities could follow proper CDC and Centers for Medicare and Medicaid Services guidelines and protocols.

Some people found the timing of this announcement curious, as Montana has seen an exponential spike in Coronavirus cases since the state entered Phase Two on June 1.

“I thought ‘oh, of all the times,’” said Goldstone Assisted Living Owner Bonnie Huestis. “It looked a lot better about a month ago then it does now, but I really believe that the policy that I will end up implementing for visitors will be sufficient to allow some visiting and also protect our residents from the virus.”

On the other hand, Great Falls resident Sue Sargent hasn’t seen her mother in 108 days (and counting).

“My heart was full,” said Sue, whose mom is one of a number of residents that have been isolated on Benefis West’s Senior Services floor for weeks. “I was so excited. I immediately started texts to my husband and my sister.”

Sue said she has been concerned about her mother’s wellbeing, especially since she is no longer allowed to spend time with the other people who live on her floor.

Now, her concern is that it could take weeks for some assisted living facilities and nursing homes to implement plans following the Governor’s directive.

Sue isn’t asking for everyone to be allowed in to visit right away, as she understands the health risks that that could present to residents and their families. She just wants people like her mom to have a little more freedom.

“I’m not saying let’s blow open the doors and just let everybody go,” she explained. “That’s not what I’m saying. I’m not saying that at all. I’m saying, just let them have some opportunity to live a normal life.”

Now that Governor Bullock has allowed nursing homes to permit visitors, it’s now a waiting game while these facilities figure out exactly what visitation can and should look like moving forward.

“Back in the beginning of March, we were one of the first places in Montana to actually shut down visitation for safety of our residents,” said Benefis Health System Senior Services COO David Krebs. “This is not one of the times that we’re going to be one of the first to open up. We’re going to look at this very measured and very safely to make sure that we’re very prudent for our residents and keep them as safe as possible. We’re going to have to be going through many guidelines to have visitation happen. Questionnaires, temperature tests, things of that nature to make sure that our residents are safe; proper social distancing.”

Over at Highgate Senior Living Community, the staff is working on a plan to allow visitors back in. They say that their residents haven’t expressed many concerns about being stuck inside, and are mostly thankful to be safe and healthy.

“I spoke with a couple of people today, this morning, and they were very thankful for the visitor restrictions that we have right now,” said Highgate Community Relations Coordinator Marlena Azure. “They understand that it’s inconvenient, but they’ve told us that they feel very safe with the way that we’ve been doing things.”

While both the residents and their families and the officials and senior care workers will agree that an ideal world is one where families can visit their loved ones without the risk of anyone getting sick, the reality right now appears to be a bit more complicated.

Sue Sargent understands that, and she just wants her mom to be okay.

“Just let them have some opportunity to live a normal life. And, and if that means one family member outside six feet apart and outside, it should be the perfect time for them to bring them out,” she said. “I know it’s probably kind of an odd phrase to say, but really to get out and smell the roses for once and see the outside world, because they haven’t seen it.”