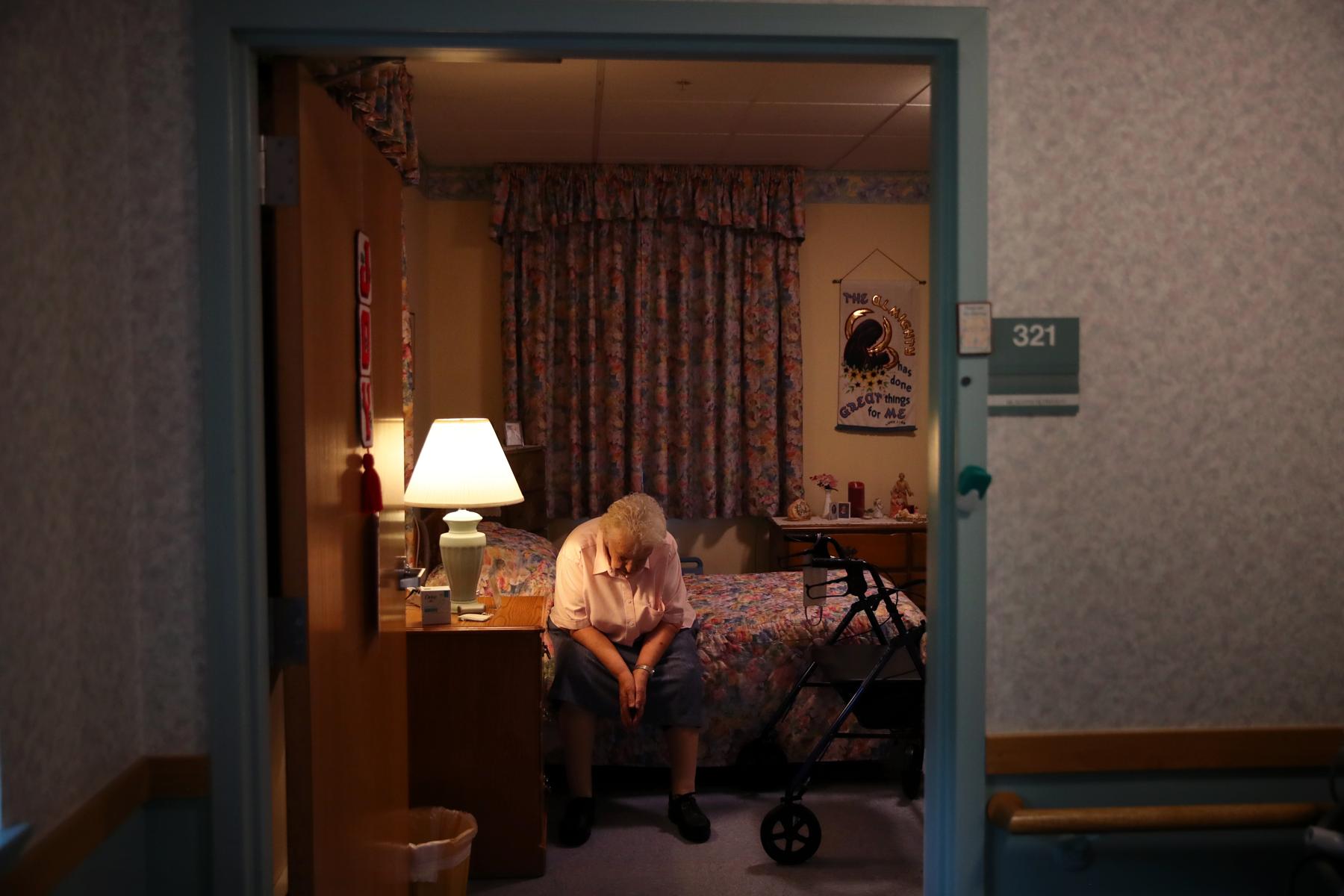 What has it been like to live in a nursing home during the covid-19 pandemic? Because access to facilities is so limited, it is hard to know. But, for the first time, a survey of residents tells a grim story of loneliness and isolation: 90 percent said they never left their campus, 60 percent said they never even went outside their building to take a walk, and more than half said they had no access to any activities within their facilities.

No family visits. No movie nights. No walk in the garden. No shared meals. Certainly no opportunity to go to a restaurant. Many residents said they feel trapped in their rooms, unable to do anything or see anyone other than staff.

Two-thirds said they never left their room to socialize with other residents, and 90 percent said they ate most of their meals in their room. Three-quarters reported feeling more lonely.

An epidemic of social isolation

The Altarum Program to Improve Eldercare surveyed about 360 nursing home residents in 36 states   from early July though August. Because the survey was conducted online, it necessarily excluded the many residents with cognitive impairment, and those without access to the internet. In effect, it surveyed those most likely to be able to communicate with those outside their facilities, thus may understate the challenges.

Half of the respondents said staffing at their facilities has declined since the pandemic, a view confirmed by industry surveys.  And about 40 percent said their quality of care is lower.  Still, the responses did not primarily show people who felt they were at high risk of contracting covid-19. Eighty percent said they feel adequately protected from the virus, and only about one-in-five were very concerned about contracting coronavirus.

But loneliness and depression are their own epidemic. And social isolation can cause significant health declines and even death among older adults.

“It breaks my heart”

The survey asked respondents to provide personal comments along with answers to specific questions. Many compared the experience to being in jail. And one resident said simply, “It breaks my heart I can’t touch my child.”

Nursing home operators acknowledge the problems, and many have been urging their states to allow them to open up to family visitors. For months, the Trump Administration banned nearly all visitors, then it left the choice to states but did so in a way that was so confusing that few facilities granted access to outsiders.

Some tried outdoor visits during the summer, but states such as New York prohibited even that.

On September 17, the Centers for Medicare and Medicaid Services (CMS) issued new guidance that encouraged outdoor visits and allowed for some indoor visits where there have been no cases for 14 days.

But even where limited visits are permitted, most physical contact between family members and residents is barred. Imagine being a 90 year- old with some dementia seeing your daughter for the first time in seven months. And not being able to hug her.

I recently participated in a roundtable discussion sponsored by the Dementia Action Alliance. At that event, operators of long-term care facilities and consumers shared their frustration at the continued inability of family and friends to visit loved ones. And the operators candidly discussed how socially isolated residents were sicker than expected and even dying sooner.

Yet the key to safe and widespread visitation— rapid, cheap, and accurate covid-19 testing—remains elusive despite repeated promises by the Administration over the past months.

Altarum surveyed only nursing home residents. But isolation caused by the pandemic is hardly limited to them. Those living in assisted living, in senior communities, and in even in their own long-time homes face many of the same challenges. Visiting with the grandkids is complicated at best. Adult day programs and senior centers, often the best opportunities for frail older adults to spend time with others, have been shuttered since March.

Yes, covid-19 has directly killed more than 150,000 older adults. But by driving people into isolation, it likely is killing many more.  Covid-19 may not be on their death certificates but they are just as dead, just as long before their time.